For you to truly see THE MYSTIC, find the closest mirror in your home or office. Look into it, then imagine ANY and EVERY possibility for yourself in ANY and EVERY way… and there you have THE MYSTIC.

Each week, the Ascended Master consciousness speaks to you as a collective reflection of that which the great gurus who once walked this Earth had come to know once more when they fully merged again with ONE-NESS consciousness upon completion of a lifetime. This “knowing” is simple – that your growth is OUR growth and that your spiritual mastery in “form” (as a human) raises the vibration of Gaia (Mother Earth), and therefore Her Cosmic reverberations (vibration) in the Universal Construct.

So what does this mean? That every single human being contributes to this plan? YES, ABSOLUTELY 100%.

And, therefore, as Universal Law would have it, there is nothing (no thing) and no one that is NOT you in some way. We are all truly one with each other, whether in form or formless – that when a butterfly opens its wings in Japan, it has just affected the wind, which has affected the jet stream, even if in a microcosmic way… but that eventually this collectively changed air is eventually felt upon your face.

You see, there is NO separation. Everything affects everything. Anything less than this truth is an illusion, and all part of this incredible game you are playing to figure out once more that YOU ARE GOD CONSCIOUSNESS IN A BODY.

Once you HAVE re-figured that out FULLY, and realized it FULLY, game over.

The key, now however, at this stage (or level) of the game is FULLY DOING THIS WHILE IN A BODY. This is otherwise known as the ascension process. But instead of dropping your form, being birthed onto the Astral Plane once more, and then having your karma determine how you are birthed back into the physical, you are being granted an opportunity to uncover aspects of you EVERYWHERE to come into alignment with loving all aspects of the ONE self. This is the reason when someone asks you, “Why would you want to continue to work on yourself? How much more could be there?”, you can lovingly respond, “Last I checked, there were about 7 billion people on the planet; and each of them is an aspect of me, because separation is an illusion. So, I’d say I have quite a bit of work to do. What do you do for a living?” HA HA!

But in truth, the above is not far from the bigger picture. You contracted to KNOW THYSELF once more and to do so at a time when TO DO SO does not require you leaving the physical form to be reminded the second you die that you were never separate. Instead, seeing it all as ONE now (today) is an opportunity to do what the great ones who have come before you have done. Jesus, for example, was not the CHRIST until HE lifted the veil of illusion and accepted the truth of completeness in the ONE… ONE GOD, THE FATHER, THE CREATOR, IN EVERY ONE MAN/WOMAN… SHOULD THEY CHOOSE TO ACCEPT IT… and until they do, HE chose to keep coming back in service until they do GET IT… and then he, too, became the Christ.

So, what are you going to choose to see today? Someone or something else? Or just you? While you contemplate that, we will leave you with this:

With so much love in our hearts for you,

You are LOVEDLOVEDLOVED……… THE MYSTIC 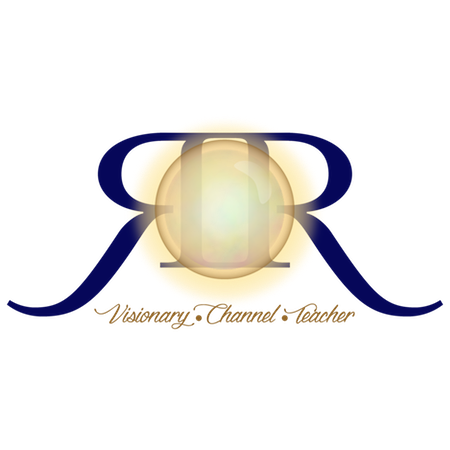 Stay tuned for a MAJOR ANNOUNCEMENT COMING SOON from Ray and Oceans of Calm that could keep you connected daily to Activated Downloads from the Ascended Masters, as well as to receive Healing, Guidance, and Divine Wisdom from the Archangels to support your everyday journey.

To receive up to the minute news on this announcement in your inbox, and to get a copy of “Hidden Light” to find out who YOU really are, make sure to join the Oceans mailing list by CLICKING HERE!

This website uses cookies to improve your experience while you navigate through the website. Out of these, the cookies that are categorized as necessary are stored on your browser as they are essential for the working of basic functionalities of the website. We also use third-party cookies that help us analyze and understand how you use this website. These cookies will be stored in your browser only with your consent. You also have the option to opt-out of these cookies. But opting out of some of these cookies may affect your browsing experience.
Necessary Always Enabled
Necessary cookies are absolutely essential for the website to function properly. This category only includes cookies that ensures basic functionalities and security features of the website. These cookies do not store any personal information.
Non-necessary
Any cookies that may not be particularly necessary for the website to function and is used specifically to collect user personal data via analytics, ads, other embedded contents are termed as non-necessary cookies. It is mandatory to procure user consent prior to running these cookies on your website.
SAVE & ACCEPT

You have Successfully Subscribed!